You are here: Home / Recipes / Breakfast / Keto Cinnamon Sugar Donuts
This post may contain Amazon affiliate links. As an Amazon Associate I earn from qualifying purchases.
Thanks for sharing!

A tender keto cinnamon sugar donut using almond flour that is simple to make and bakes up quickly.

You’re going to love these low carb almond flour donuts. They are healthy and use minimal ingredients.

If you’re looking for more keto breakfast recipes you’ll want to try my Keto Oatmeal (hint, there’s no actual oats in it). My Keto Pancakes are also super simple to make.

For more recipe ideas check out our Keto Recipes section.

If you’re a fan of donuts you’re going to love these keto cinnamon sugar donuts. These are a spin off of Gluten Free Palates Paleo Donuts.

We used almond flour to make these keto donuts. We love the mild taste and sweetness the almond flour adds to bake goods.

While we do bake with coconut flour, almond flour remains our favorite.

Almond flour keto donuts are light, tender, and they have a good amount of healthy fats and protein.

If you don’t need to eat keto, try these Gluten Free Chocolate Donuts.

Can I use an egg replacer?

I haven’t tried using an egg replacer in this keto cinnamon sugar donuts recipe because of the amount of eggs that it calls for.

I have had others comment on similar recipes that chia egg and flax egg worked well, but they didn’t rise as much.

A note about using almond flour – It’s NOT a 1-to-1 for other flours, like coconut flour, so it reacts differently in recipes.

It’s best stored in the refrigerator or freezer if you’re not going to use it up in a week or two.

ALWAYS SPOON your almond flour into your measuring cup, unless otherwise noted.

Always bring Almond meal or flour to room temperature before baking with it.

If you use it cold, it’ll absorb more of the liquid and your batter will be thicker than it should be.

And remember, because it’s made from almonds, it can go rancid, so keep track of when you opened the bag.

These numbered steps match the numbered photos above and are for illustration purposes. For the complete list of ingredients and instructions, please see the recipe below.

There are only eight ingredients in this keto donut recipe, not counting the optional keto chocolate drizzle on top.

oil – you can use your choice of oil

sweetener – use can use your choice of sweetener

You can purchase a donut pan to make keto donuts from most stores and online. They usually run under $10.

You can store these keto donuts in the refrigerator for up to a week or in the freezer for up to three months. Make sure to store them in an airtight container.

Reheat them before serving. These low carb donuts are best enjoyed warm.

If you like these keto cinnamon sugar donuts you might also like to try these Chocolate Keto Donuts. If you’re more of a muffin person you should make my Low Carb Chocolate Chip Muffins.

Did you make these keto cinnamon sugar donuts? Please leave a comment below letting us know what you thought. Comments are our favorite way to connect with readers.

For the keto donuts:

For the cinnamon sugar coating:

Welcome. We believe in maintaining a healthy lifestyle through easy low carb, keto, and slow carb recipes. We follow the 80/20 rule … Read more >> 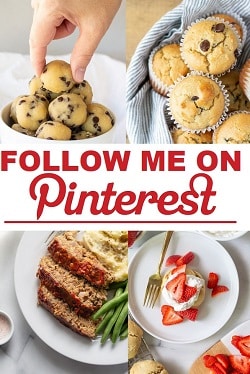